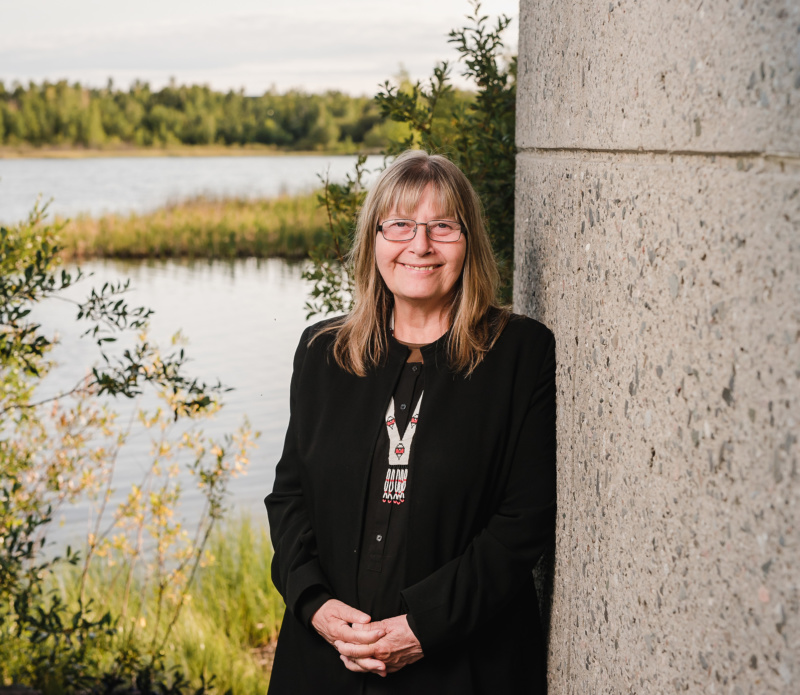 Arlene Hache is a grassroots woman who has experienced homelessness and traumatic impacts of childhood violence. She currently sits as a member of the National Poverty Council.

Arlene founded, and over two decades, led an urban-based family resource centre that provided support to marginalized women and their families, the majority of which were Indigenous. She is well-known across Canada’s Arctic as an advocate for social change and in recognition of her work was awarded the Order of Canada in 2009 and then the Queen Elizabeth II Diamond Jubilee Medal in 2012. Of equal importance, Arlene was honoured with a Star Blanket ceremony guided by Wisdom Keepers and hosted by Keepers of the Circle, an Indigenous Hub in Northeastern Ontario. Arlene is a published author and has participated on several research teams that gives voice to people with lived experience. She has also served on territorial, national and international boards that address gender equality, and systemic responses to mental illness and homelessness.